Get Winter Family Activities Sent to You Weekly! 
Watch the progress of the New NY Bridge.

Do you have a little engineer who is curious about the New NY Bridge? Do you wonder how the bridge has progressed since work started in 2015? Head to the fishing pier in Nyack’s Memorial Park to get a view of the action. The platform features viewing scopes and informational panels, including a spotter’s guide that identifies different equipment being used. Plus, see if you can spot the peregrine falcons that reside on the current Tappan Zee Bridge. 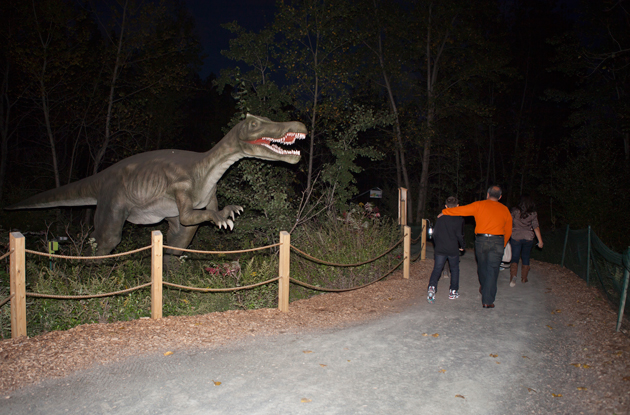 What to Expect at Dinosaurs After Dark at Field Station: Dinosaurs in Leonia, NJ

Is your kid obsessed with all things dinosaur? Does she love dino crafts or never stops talking about the last exhibit on prehistoric creatures she sa...

Things to Do with Kids in Brooklyn this Weekend

Enjoy these fun weekend things to do with your kids in Brooklyn. Start planning your weekend now with our editorially curated list of the top things t...

Author: Katelin Walling is the editorial director for NYMetroParents. She has been writing about parenting, health, finance, education, fun things to do in NYC and the surrounding area, and more for nearly 10 years. She also has 20+ years of child care experience and was a babysitter in NYC for 8 years. Katelin graduated from the University of Maine in 2011 and attended the NYU Summer Publishing Institute during the summer of 2011. When she’s not learning about the latest parenting trend or kid-friendly NYC attraction to write about, she can often be found reading, knitting (or general crafting), or whipping up a vegan treat—all with a cup of coffee nearby. See More