You can see popular kids’ movies for just $1 all summer long with the 2021 Regal Summer Movie Express.

Spoiled by their upbringing and unaware of what wildlife really is, four animals from the Central Park Zoo escape, unwittingly assisted by four absconding penguins, and find themselves in Madagascar.

How To Train Your Dragon: Hidden World

What began as an unlikely friendship between an adolescent Viking and a fearsome Night Fury dragon has become an epic trilogy spanning their lives. In this chapter, Hiccup and Toothless will finally discover their true destinies: the village chief as ruler of Berk alongside Astrid, and the dragon as leader of his own kind.

Dora and the Lost City of Gold

Having spent most of her life exploring the jungle with her parents, nothing could prepare Dora for her most dangerous adventure ever: high school. Always the explorer, Dora quickly finds herself leading Boots, Diego, a mysterious jungle inhabitant, and a rag tag group of teens on a live-action adventure to save her parents.

Upset about moving from a big city to a small town, teenager Zach Cooper finds a silver lining when he meets Hannah, living right next door. But every silver lining has a cloud, and Zach’s comes when he learns that Hannah has a mysterious dad who is revealed to be R. L. Stine, the author of the best-selling Goosebumps series.

Taking place in a Manhattan apartment building, Max’s life as a favorite pet is turned upside down, when his owner brings home a sloppy mongrel named Duke. They have to put their quarrels behind when they find out that an adorable white bunny named Snowball is building an army of abandoned pets determined to take revenge on all happy-owned pets and their owners.

After losing his wife seven years earlier, the eccentric Dr. John Dolittle, famed doctor and veterinarian of Queen Victoria’s England, hermits himself away behind the high walls of Dolittle Manor with only his menagerie of exotic animals for company. But when the young queen falls gravely ill, a reluctant Dolittle is forced to set sail on an epic adventure to a mythical island in search of a cure, regaining his wit and courage as he crosses old adversaries and discovers wondrous creatures. 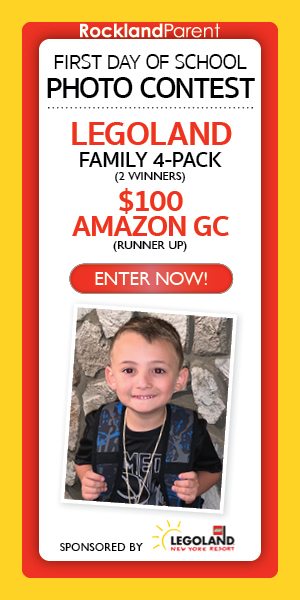 Families who participate in the Hudson Valley Food Waste Challenge will learn how to waste less food, save money on groceries, and help protect the en...

Kids can race in a triathlon just for them! This is the global embed code though, which it says is already on there but the campaign isn't starting to run (which is what happened with NYMP so i think you need the code above)